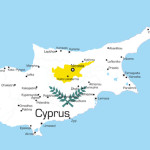 If Feng Shui is all about flow and energy and the subsequent vibration it exudes, then, if we look at Cyprus we can see how the energy of Wealth has flown in very well for many years and then……..

Well the flow suddenly was blocked. And, what happened as a result?

In this interview you hear about how the flow of wealth was always coming in from the international jet set and when the European Central bank decided to skim off the bank accounts – rob Peter to pay Paul – it left the account holders not only with huge losses but all the subsidary ripples created out of the financial losses created in some areas mental health issues.

Feng Shui flow into the banks in Cyprus suddenly became blocked; what does Paola have to say about this flow?

Interestingly it was not as simple as funds being blocked by the Banks but, the total mindset of the island was affected. So we can see when flow of anything is locked or blocked it creates ripples across the country across the population.

The flow of Wealth and its subsequent block has occured all over the world but we see it on this small island in the middle of two economic worlds.

After all how could this diamond of wealth in the middle of the Meditarranean Sea be hijacked into dismantling its wealth and shred it by order of a bureacracy on the mainland?

Let us see where the energetic nature of wealth and the feng shui tide of money flows to next!